My New Eyebrows!
If you have read my blog for a while you will know the love hate relationship I have had with my eyebrows! After reviewing the Rapid Brow Serum I was getting desperate for thicker brows and to make that gap disappear so I started putting castor oil on them at night and I saw a difference, much quicker than I did with the Rapid Brow Serum! You can also put the castor oil on your eye lashes to condition them and help them to grow but I wasn't brave enough to rub it on my eyes in case I got it in my eye. Wimp I know!

After all this I decided I just had to bite the bullet and go and get them shaped as they had looked awful for far too long! So after a little research I found a salon in Chester that specialised in brows, this was a good thing for me as I was really nervous about where to get them done after having spent so long trying to grow them out I was worried they might get shaped and wouldn't suit my face or that they would make them even thinner than they already were! One saturday I actually walked up to the salon with the intention of going in and checking if I could actually have my eyebrows done but I chickened out!

A couple weeks later I plucked up the courage and went in, they were really lovely and said that they thought I would be able to get them done, so I booked myself in! There was a wait of a couple of weeks but that was ok I thought as it would give me more time to cover them in castor oil and wish for them to grow! So the time came for me to attend my appointment, I nervously walked up the steps to the salon and took a seat inside where I was asked to fill out an information sheet to check for allergies etc. The lady then took another look at my eyebrows and I told her how nervous I was because I had been growing them out for so long, she told me not to be nervous and that they would look good once she had finished with them!

The salon specialise in the HD Brows which is a 7 step process where they tint, shape, wax, tweezer, thread and fill in the brows. I hadn't had my eyebrows waxed for over a year so I found this part a little painful but that was nothing compared to the threading! I had never had my eyebrows threaded and I'm not sure I ever want to again, that part was the most pain I have ever experienced. I think it just beats the pain of having a bikini wax! The lady said that I had quite a few fluffy hairs so that is why it was so painful, but it does give an amazing clean finish!

My eyebrows now suit my face and I am no longer embaressed of them, so thank you very much to the lovely lady at the salon in Chester! Here are some before and after pictures; 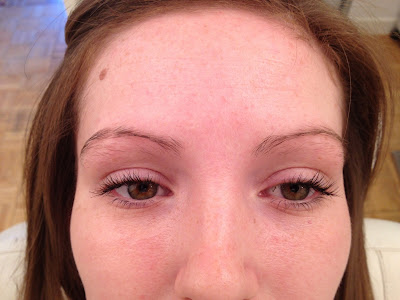 Before the lovely Lady did her stuff 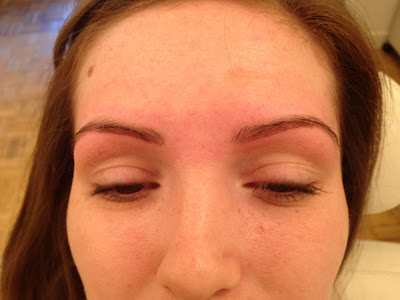 After the lovely Lady had worked her magic

I now how defined eyebrows that frame my face and give me some confidence!

How do you maintain your eyebrows? Do you have them HD'd?

Thank you for reading